Even Though You’re Moving Nearly All Your Inventory,
You Could Still Be Losing Customers. Here’s what to do about it.

In today’s challenging retail automotive market — with low inventory due to chip shortages — and a strong trend of consumer demand for new vehicles, it’s easy for dealers to focus on what they don’t have. A better strategy embraces both the “here-and-now” and the future. For the here-and-now, dealers would be well advised to focus on — and make the most of — the inventory they do have, so as to prevent losing customers to other dealers. For the future (and for dealers faced with shoppers determined to get exactly what they want), dealers should encourage shoppers to order and wait for their new vehicle.

The potential cost of not listening to what shoppers want?

say they would consider a different dealership.2

Urban Science® recently executed two surveys, one with the Harris Poll taken among consumers,1 and one executed independent among dealers.2 The results underscore the danger of making assumptions about what new-vehicle shoppers want and need to motivate a purchase or lease.

For dealers to make the most of the inventory they do have, they need to clearly understand: 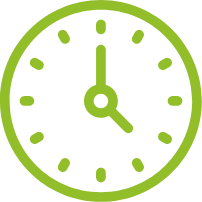 How and when to motivate consumers to consider alternative vehicle choices

How long shoppers are willing to wait for their next vehicle

Two-Thirds of New-Vehicle Shoppers are in Market Now.
According to the studies, dealers believe that well over half of new-vehicle shoppers (58%) are willing to wait for their vehicle. In contrast, less than a third of consumers (28%) actually say they will order and wait if their vehicle of choice isn’t available in 2-3 months.

Given the circumstances, it’s imperative that dealers create and implement strategies proven to influence shopping behavior and promote positive customer experiences. One of those strategies is incentives.

Don’t Overlook the Power of Incentives to Motivate Shoppers to Consider Alternatives.
Incentives are a tried-and-true strategy for motivating behavioral change. This carries over to a large purchase like a new vehicle. What’s more, incentives need not be big to motivate behavior. And they are relevant to all kinds of buyers. According to a recent study commissioned by Urban Science,3 gift-card incentives worked nearly as well for those making between $50,000 – $74,500 (40%), as those with HHI over $124,999 (43%).4

In fact, the Urban Science Harris Poll mentioned earlier found that 6 in 10 consumers said incentives would be influential in getting them to change their vehicle purchase or lease decision. It also identifies the four areas that consumers reported that incentive would be likely to influence.

Consumers say that incentives would be influential in changing their purchase/lease decisions.

New if they
planned used

CPO if they
planned new

Source: Urban Science Online Consumer Study, June 2021. This survey was conducted by The Harris Poll on behalf of Urban Science among 2,067 U.S. adults age 18 and older.

Incentives (even small ones) can be a secret weapon in facing today’s inventory shortages. The solution echoes the strategy mentioned earlier: 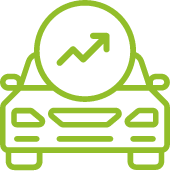 Motivate customers to purchase from the alternative choices you do have in inventory
When you have a shopper in your showroom, do everything you can to ensure they don’t walk — as the survey mentioned earlier clearly indicates, incentives can be effective in motivating shoppers to go up in trim level, consider a larger vehicle, or move from new to CPO. 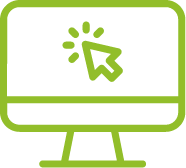 Help shoppers bridge from “buy now” to an “order & wait” mindset
Helping, within this competitive environment, may also mean using incentives to motivate consumers to order a vehicle and wait for delivery.

By implementing these strategies, dealers can demonstrate their willingness to serve as true sales consultants, helping ensure a positive customer experience while gaining (or keeping) a customer who might otherwise have gone elsewhere.

The Objective Power of Science.
Since our founding over four decades ago, our proven scientific approach to analyzing and guiding OEMs and dealers has continued to evolve and lead the market. It’s an approach that stays ahead of the technological curve to help Dealers improve the performance of their dealerships.

If you’d like to talk to someone at Urban Science about getting your dealership aligned with new-vehicle-shoppers’ demands, call or email me. And let us show you how we can apply the power of science to your challenges.

At Urban Science, we’re dedicated to making a positive impact in our global communities. And one of the ways we do that is through STEM enrichment programs that create new […]

At Urban Science, our vision is a world in which innovation is powered by science and inspired by the entrepreneurial spirit to invent a better future. As we forge ahead […]

Who We Are
Our Leaders
Locations